Posted on December 19, 2017 by under Uncategorized 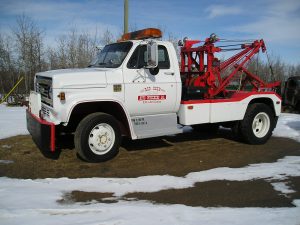 As we go through life we have many occasions where we can say “The Last Time…”  Last Saturday 16 December 2017 was the last time I ate at The Burger Baron south of Red Deer.  After I placed my order, Sal Klemaledine (the owner of this restaurant- and the Burger Baron chain) told me that he would be closing this restaurant for good that day.  This was blamed on the 35 % decline in business caused by highway construction in the area.  PLENTY of other fast-food joints to eat at, so NO BIG DEAL, Right?
WHILE I appreciate the fact that there is a greater variety of Fast-Food joints to choose from in the area,  I also like a wide variety of food choices when I dine out.  To lose an option when the brain and taste buds are fixated on a particular food choice, lessens the attractiveness of the next best option. I might sound like a ‘foodie’, but no, I’m just old and cranky.
ONE of the biggest reasons I came to be a regular customer of The Burger Baron- besides their double cheese burger- was the fact that unlike a fast- food joint, the person taking your order was a ‘host’ like in a good restaurant.  I will have to admit that long before I met Sal,  I was charmed by his daughter Yara. (beautiful, intelligent, and engaging- fluent in 6 languages)  Also, my daughter’s age- so no shot there. Her brother Sergio shared managerial duties- so this was a family run operation.  This is something I also appreciate and tend to support.
Maybe one of the real reasons this restaurant is closing is due to the fact that Sal is into his 70’s, and the kids moved to Japan.  Sal was making a 75 mile commute from Calgary to Red Deer every few days.  To be honest, I only wanted to eat there on days Sal was behind the counter as I have grown to consider him a good friend.
So, Saturday Dec. 16 may have been the last day I ate a Burger Baron double cheese burger, but it also may be the last day I spent time with my friend Sal. The Business Administration Diploma part of me has a list of possible reasons the business was failing:  The east side of Gasoline Alley is kind of dumpy looking, the BB building is ‘dated’ lacking ‘curb appeal’, better signage would help, etc. etc.  The biggest reason though, is the fact that the hired ‘hosts’ just couldn’t fill the Klemaledine family shoes.
The more I thought about it, the more I thought about the animated movie ‘CARS’, and how there is a similar theme here.  Besides a restaurant review, the takeaway for you is the fact that Sal is a car-guy.  There was a picture of a ’34 Ford drag car sponsored by Burger Baron in the ’60s. Sal has a few vintage rides, as well as a supercharged factory Hot Rod ‘Benz that he said he has driven up to 196 miles per hour on a public highway. That’s right, 196 miles (not kms) per hour!  And this cat is in his 70s!  He also has a pilot’s license.
To my mind, no made up nostalgic ‘diner’ can stack up to that.  And, for the price, their food doesn’t stack up either.
How many other ‘car guy’ businesses are hanging by a thread these days? For the most part, I do business with my friends first.  If they don’t have what I need, I will look elsewhere.  If their price is out of line, I will ask if they can at least get close to a competitors price.  Sure, Summit Racing or LMC have great prices, but then you add in currency exchange, shipping, and brokerage fees.
SURE, I sell ‘junk’.  And, what I sell here is generally ‘wants’ rather than ‘needs’.  Most project cars and trucks are toys that don’t get attention or cash investment when the economy is tight. I get that, which is why I have 300 units out in the yard.  This doesn’t mean there aren’t days when the phone doesn’t ring.   (403-343-6377) BTW.
WHILE  I couldn’t have eaten enough double cheese burgers to keep Sal from shutting his doors, I know that I did what I could and was there on THE LAST DAY.